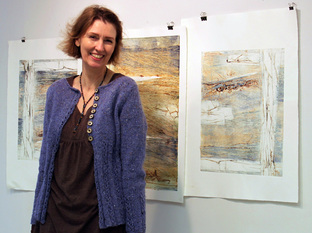 Gallery Manager: Petrina McNeill is a printmaker originally from England who relocated to Canada in 2010. Completing her Masters degree in Printmaking at Northampton University in 2001, McNeill combines her arts education with over fifteen years of business administration.  Her career has included experience as diverse as being a picture researcher at a photograph library to overseeing manufacturing operations, administration and logistics. Since moving to the Okanagan McNeill’s own artwork has investigated notions of place and home and how to map one’s self into that new home. McNeill works with a combination of print techniques including monoprint, collagraph and etching. 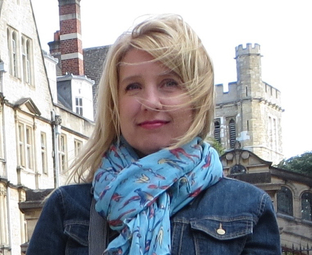 Gallery Curator: Wanda Lock was born in Oliver, British Columbia in 1969. In 1989 she enrolled into the Fine Arts Diploma program at Okanagan College before transferring to Emily Carr College of Art & Design where she graduated in 1992 with a studio major in painting. Lock returned to the Okanagan in 1992, and since then she has had numerous exhibitions throughout the Okanagan.Wanda was the manager of Opus Framing and Art Supplies in Kelowna from 1995 to 2006 and has taught art classes and workshops at the Kelowna Art Gallery. According to her significant other, Wanda watches too many coming of age movies. She is also known to Pearl Jam and even a bit of Soundgarden while working in her studio. She is not sure what her fondness of grunge music or teenage angst movies have in common with her current body of work but she is convinced that all will become clear in good time.
Meet past and guest Curators here 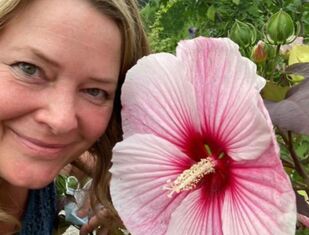 Community Engagement Coordinator Rena Warren is an Okanagan based artist, art educator, mother, and avid gardener. She received her Bachelor in Fine Arts from Okanagan University College. While raising her daughter and earning a post-degree in Education at University of Victoria; Rena worked on and off at Opus between 1996 and 2003, offering workshops, demonstrations and gaining an extensive understanding of colour and materials knowledge. After seven years of teaching art in the private school system, Rena embarked on an independent teaching career and more focused art practice. She held the position of Artistic Director at Cool Arts Society for eight years and currently teaches for the Kelowna Art Gallery, CMHA, local arts groups as well as running private classes. In her own practice, Rena specializes in large-scale acrylic and oil portraiture and original block print designs, fusing her subjects with archetypal and mythological references. Her extensive travels throughout India and Europe also inform her general aesthetic and subject matter. Recently Rena attended West Dean College in West Sussex, U.K. where she studied textile design.

Directors that lead the way ... 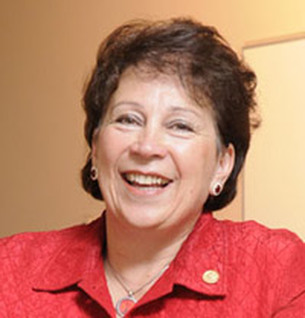 President of The Lake Country Art Gallery Society: Dr. Sharon McCoubrey is an art educator and the Coordinator of Community Engagement for the Faculty of Education at UBC Okanagan.  She obtained her Bachelor of Education and Master of Education Degrees from the University of Victoria and her Doctorate Degree from UBC, all in art education.  Dr. McCoubrey has been the recipient of several Excellence in Art Education Awards, and has also been presented with the Order of Lake Country for her work in Public Art, a BC Achievement Award, and the UBC Outstanding Faculty Award for excellence in professional and community work, and most recently the Queens Diamond Jubilee Medal.  Dr. McCoubrey’s areas of research include many aspects of art education and public art, teacher education, intergenerational learning, early learning, and aboriginal education.  Dr. McCoubrey is Past-President of the Canadian Society for Education through Art and has been on the British Columbia Art Teachers’ Association Executive for over 20 years.  She is currently Past President of the Arts Council of the Central Okanagan, is a director of the Central Okanagan Foundation, Chair of the Lake Country Public Art Commission, is President of the Lake Country Art Gallery Society, and is in her 15th year as Chairperson of Lake Country Artwalk.